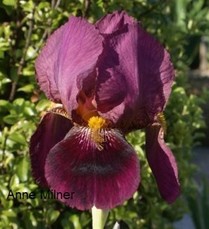 Senlac is one of the few Bliss irises still commercially available.

Z159.22. This is the best iris of the three [Z159.7; Z159.16; Z159.22] for garden effect and one that is bound to have a big future. Mr Bliss has since named this 'Senlac' (field of blood), and it is being put into commerce this year. It is a very fine claret-red similar in size and form to those described above, but it is practically a self, the falls having hardly the velvety finish of the others and the beard is not quite so conspicuous. It is a magnificent grower, is very tall and flowers most freely, and will be found invaluable for colour in the border as it is the first claret-red to take a place with such tall large-flowered varieties as Germaine Perthius,Ambassadeur, Asia etc. (Olive Murrell: Seen at Mr AJ Bliss’ at Morwellham. 1929) 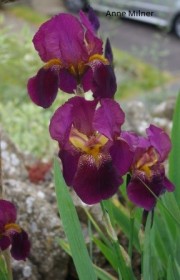 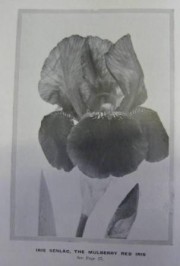 A fine richly coloured Iris with blooms larger than the best Dominion race varieties and equal to them in form and poise. Brilliant shade of claret red. Practically a self. Reddest toned yet. Spike is strong and branching nearly 3' [90cm]. Very free flowering.(Whitelegg/Orpington:1929) 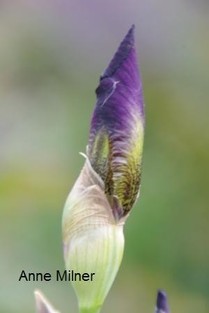